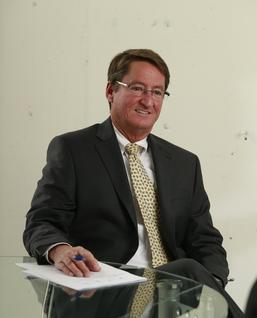 Mr. Noble is the author of two textbooks on policing, “Managing Accountability Systems for Police Conduct: Internal Affairs and External Oversight,” and his new text available May 2020, "Understanding Police Uses of Force."  Deputy Chief Noble has authored numerous articles on policing matters. These articles have been published in Police Quarterly, Police Chief Magazine, The Tactical Edge, the U.S. Department of Justice Community Links Newsletter, the Journal of California Law Enforcement, and The Atlantic among others.

Mr. Noble has made presentations on policing issues at the Academy of Criminal Justice Sciences Annual Meeting in Boston, the COPS conference held in Washington D.C. and the International Association of Chiefs of Police conferences held in Los Angeles, Denver and San Diego. He spoke in Mexico about preventing corruption in police institutions and served as a participant in a Carnegie Endowment for International Peace symposium on Reducing Violence and Improving the Rule of Law: Organized Crime, Marginalized Communities and the Political Machine.

Mr. Noble has consulted for several major cities including, San Francisco, Los Angeles, Chicago, Seattle, Austin, Denver and Miami.  Mr. Noble has been retained to perform independent police practices inquiries, as an expert witness in police misconduct, use of force, pursuits, interrogations, investigations and Monell actions. Notably, Mr. Noble was part of an outside team of police experts who reviewed the City of San Francisco’s Office of Citizen Complaints (OCC) investigation into what was widely reported as the “Fajitagate”case involving the indictment of seven command staff members and three line personnel of the San Francisco Police Department. He was part of the team who reviewed the Austin, Texas Police Department’s 2007 internal investigation of the shooting death of Kevin Brown and their 2009 internal investigation of the shooting death of Nathaniel Sanders and wounding of Sir Smith.  Mr. Noble has been retained as an expert in several alleged wrongful conviction cases.

Mr. Noble earned his bachelor’s degree in Criminal Justice from California State University, Long Beach, where he graduated with honors and he earned a jurisdoctorate from Western State University College of Law in 1993. Deputy Chief Noble is a licensed attorney in the State of California.